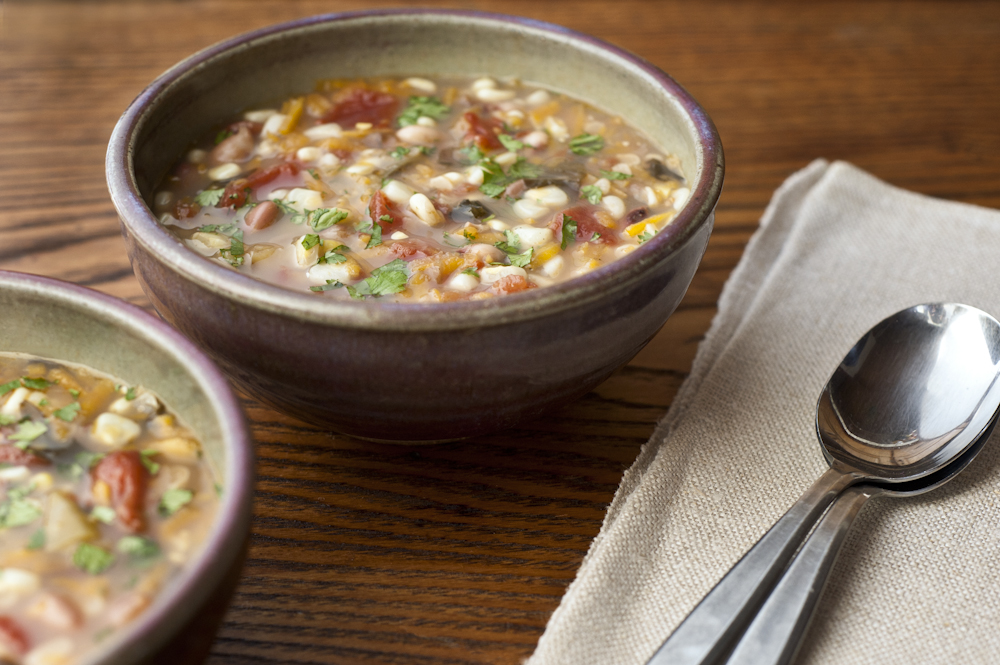 In the summer, I mostly eat raw corn on the cob. Often buying an extra dozen or two to freeze to add to chill in the winter.

Adapting my vegetarian recipes to what’s in season, mixing and matching ingredients by color, mood, & desire is a major theme of my cookbooks, classes and meals. For example, making sweet potato chili at the end of summer with fresh picked tomatillos and tomatoes. Then, in winter, I’ll defrost some corn. Skip the tomatillos and if I’m out of fresh cilantro, I’ll swap in coriander.

This week I made a delicious, vegan, gluten free chili with butternut squash instead of sweet potatoes, and added some dried oregano and basil.

Being flexible like a yogini in the kitchen, you can create lots of delicious variations to chili year round.

Teaching which ingredients go in first, second, and third is one of my favorite ways to empower participants in my cooking classes to invent their own tasty variations to my recipes.